Homepage > About Us > History 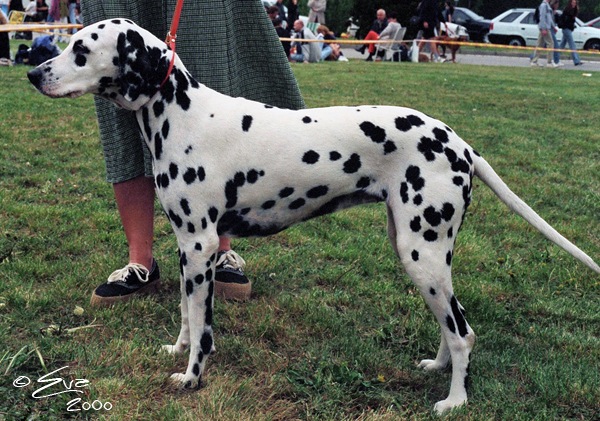 How  everything was started

All my life I have spent with dogs. There were always one or two dogs in our family and they were always the best friends to me since my early childhood.

When I had married and moved from my parent´s family house to the block of flats I considered if we should have a dog there but as I was working at a home office and had enough time for the long walks, we decided to get a puppy as the life without a dog was too empty for us. I spent great time over the books about dogs and in the end chose the dalmatian. In May 1993 me and my husband brought home our first black sppoted dalmatian girl CEBI. She was from C litter of kennel VETŘELEC born 5. 2. 1993  with a perfect pedigree after the parents with the great tempers. She was cute, beautiful, exelent and the smartiest dog which we never forget. Cebi was the mother of my 2 first litters A and B from VIVA  BOHEMIA and grendma of our second dalmatian - boy ARGO VIVA VALENCIA which was born to Cebi´s daughter Afai Viva Bohemia 3. 11. 1998. We were planing to buy a new house with a garden so we brought Argo to us. He was brown spotted with the perfect pigmentation and had a wonderfull temper as well. Cebi was happy to have a new friend and we were happy so see them playing together.

They both had the wonderfull and long lives with our family and I hope they are running together somewhere over the rainbow bridge. Cebi passed 26. 9. 2006 and Argo followed her 13. 4. 2012. They are in our hearts forever.